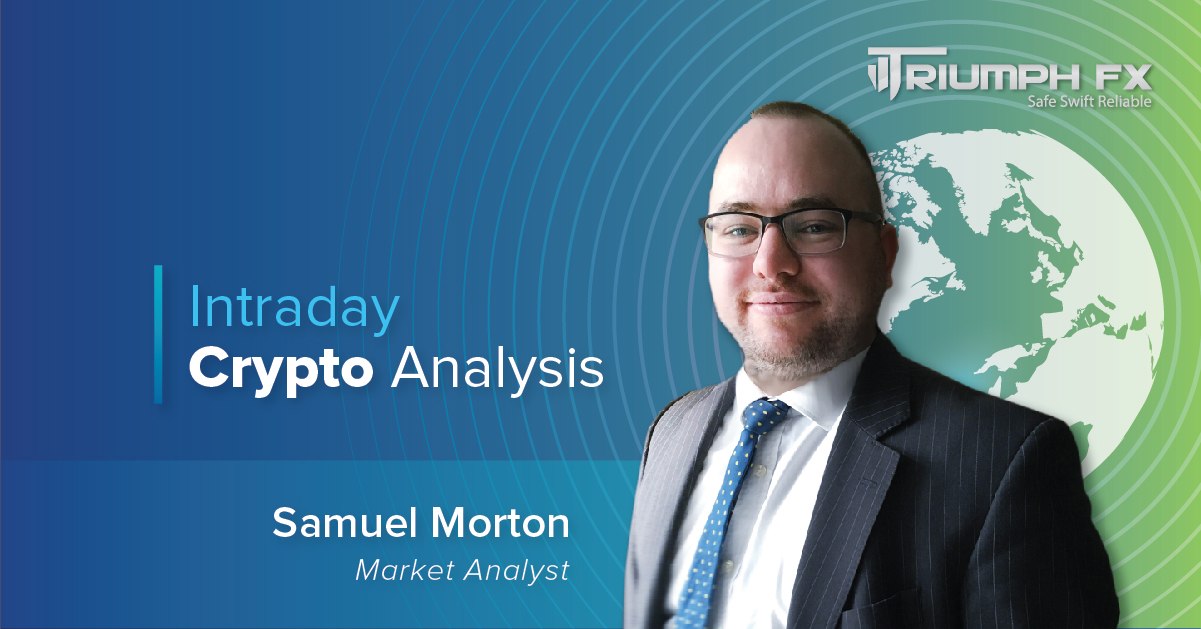 As suggested in our last cyptocurrency chart analysis, bitcoin has been finding resistance around 10340.

On the weekly time-frame, price has broken above the recent bearish channel resistance area, suggesting that the downtrend could becoming to an end. BTCUSD is now looking indecisive though and seems to be moving sideways. The moving averages are also moving sideways – confirming the market indecision. Price action is forming an ascending triangle pattern, signalling that BTCUSD could attempt a bullish move higher.

Price is also looking indecisive on the daily time-frame.

Price continues to downtrend within a large bearish channel and is currently in a retrace phase. The moving averages have been crossing frequently and are moving sideways , signalling indecision – ETHUSD may struggle to swing lower.

As suggested in our last cryptocurrency update, price reversed around the 50.0% Fib level and has since been bearish.

XRUSD continues to look indecisive on the weekly time-frame but is clearly down-trending on the daily. Price action has formed a bearish channel and price is down-trending within the channel. Just like other cryptocurrencies though, the moving averages are crossing frequently, suggesting market indecision. Ripple could start ranging between 0.1195 and 0.3350.